To make everlasting positive changes, you need to realize there is no quick fix for life.
Tomas Laurinavicius 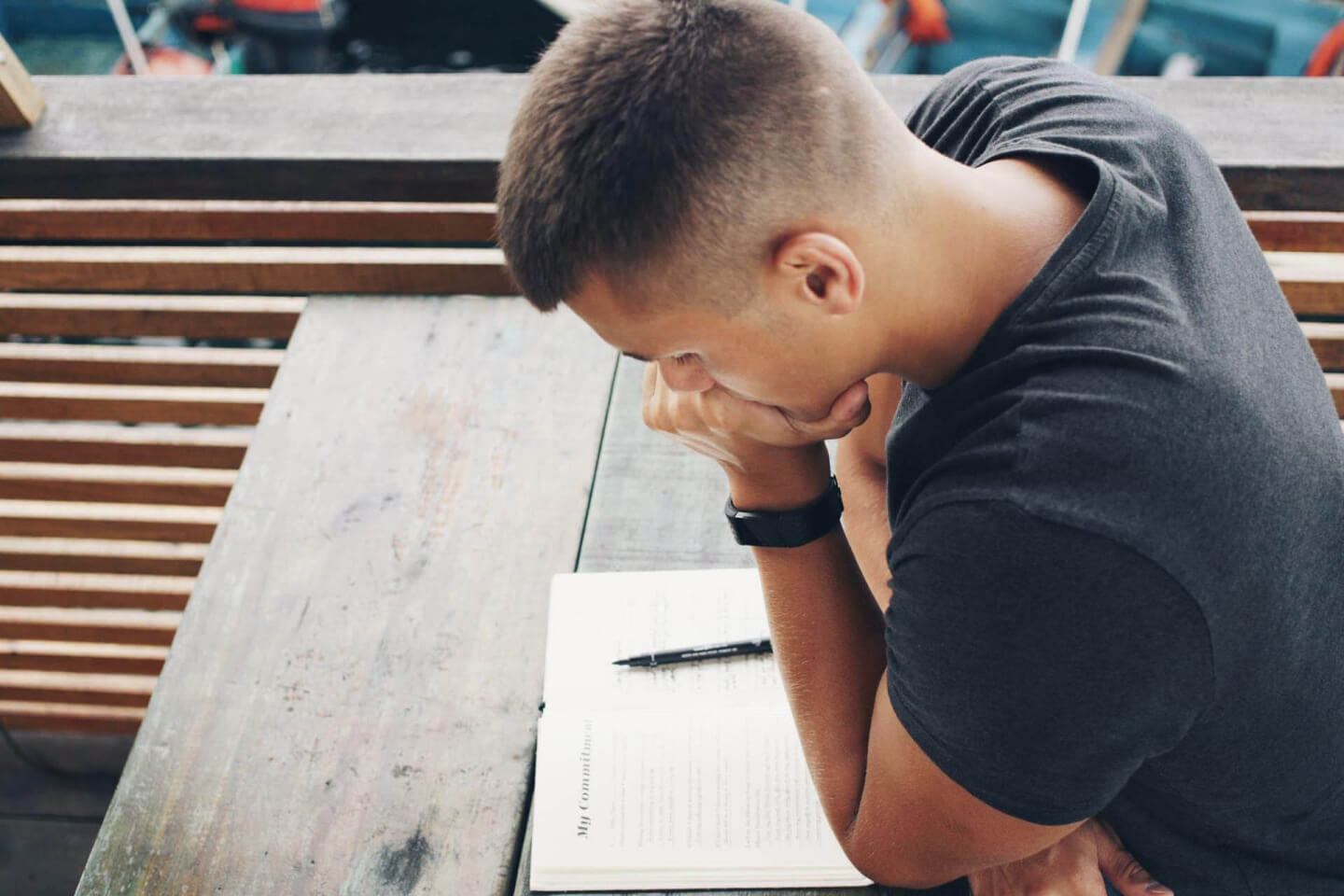 While life plan won’t solve all of your problems, I believe it’s a useful tool to help you get where you want to go.

Weight loss, optimal health, financial stability, fulfilling relationships, creative mastery are some of the things, we humans crave, that take a lifetime to tame. You have to prepare for and fight the battles, mostly in your head and against the flawed human nature, if you want to win. Remember, one victory or one defeat doesn’t write the end of your story.

Here are some ideas to help you raise some questions and design a strategic life plan to live on your terms.

Know What You Want

Every time I want to change the world, mostly for selfish reasons I don’t want to admit, I try to remind myself this ancient Indian proverb, “If you conquer your mind, you conquer the world.”

9 out of 10 people I talk to don’t know what they want from their life (including myself, one day I know, the other I don’t).

Most common answers include buying a house, getting a good job, getting married, building a business, traveling the world. People who give these answers don’t signal confidence and make an impression of living in hope and keeping their little dreams locked up safely deep inside.

But there’s another type of people. A fascinating type of people who know exactly what they want and they’re confident about getting it. Most often they have failed at reaching many goals but they show up and try over and over again.

If you hear a voice within you say ‘you cannot paint,’ then by all means paint, and that voice will be silenced. – Vincent van Gogh

Richard Feynman, Winston Churchill, Albert Einstein, Mahatma Gandhi, Steve Jobs, Oprah Winfrey, Arianna Huffington. All of these great people did what they believed was right. And it may look like they knew what they were doing. They didn’t. All humans suffer from self-doubt, only some learn the way to live with it, trust themselves and move forward.

One of the smartest people in history, Albert Einstein, once said: “The more I learn, the more I realize how much I don’t know.”

However, he trusted himself as many other people who achieved extraordinary things.

You can’t connect the dots looking forward; you can only connect them looking backwards. So you have to trust that the dots will somehow connect in your future. You have to trust in something – your gut, destiny, life, karma, whatever. This approach has never let me down, and it has made all the difference in my life. – Steve Jobs

British Prime Minister Winston Churchill led the UK through World War II and is known for his leadership and eloquence. When he found himself commanding military actions, he had to believe that what he was doing was the right thing. He perfectly expressed his attitude by saying “If you’re going through hell, keep going.”

If you find yourself in a bad situation and don’t know what to do, do what you know and get out.

You must design your grand life strategy.

It doesn’t have to be public, maybe no one will ever know it exists but you must have it. It has to be exciting, based on your values and beliefs to empower you to keep you going.

It must be based on your personality type and it must come from within, meaning you have to be brutally honest with yourself. You can’t lie to yourself here, it’s just for you.

“The Pursuit Of Happyness” is one of my favorite movies from 2006, starring Will Smith and his son Jaden. It’s a story of a struggling salesman taking custody of his son as he’s poised to begin a life-changing professional career.

In one of the most memorable scenes, Chris Gardner played by Will Smith tells his son Christopher, played by Will’s real son Jaden to protect his dream and never ever let anyone touch it.

Chris Gardner: Hey. Don’t ever let somebody tell you… You can’t do something. Not even me. All right?

Chris Gardner: You got a dream. You gotta protect it. People can’t do something themselves, they wanna tell you you can’t do it. If you want something, go get it. Period.

When it gets tough it’s easy to give up, easy to look for excuses and easy to justify easy decisions. Think about it in advance and create a life plan that will help you get back on track.

You don’t know how important something is for you until you see how much you care.

What’s Completely Non-Negotiable for You?

What Makes You Mad?

There must be something that genuinely upsets and makes you mad. It’s a sign that you care, a lot, and can do big things to change that.

Now, combine the cause with your core values, consider your dream lifestyle and there you have your personal vision statement.

Just fill in the gaps, print it out or write it down in your notes app and keep it for the rest of your life. Check it every day and make sure to read it and feel it when the going gets really tough.

I will serve, protect and empower (DESCRIBE YOUR PEOPLE) with my strongest skills (LIST YOUR SKILLS) because I deeply care about (LIST THINGS YOU CARE ABOUT) and I will do (THINGS YOU WILL DO) and use my superpowers (LIST YOUR TALENTS AND GIFTS) to make the world a better place and live a grand life.

When it comes to lifestyle changes you must understand and accept it that it’s for life. There is no special pill you can take and become knowledgeable, fit, educated, compassionate and mindful.

It all takes practice and dedication.

It must be something important for you and come from within, otherwise, you’ll quickly become discouraged and won’t follow up as external motivation is not sustainable.

Healthy eating is not a one time hack to health that lasts for a lifetime, it’s a conscious decision you make every day for the rest of your life. The more you do it, the easier it becomes but you have to have the desire coming from within.

One more reminder before you move on to the next thing today is simple.

You’re not at the popularity or perfection contest. You have the permission to live.

You’re a human after all and you’re struggling to fight your battles. But the war is not over if you return the next morning with determination and self-love to become the best person you can ever be. You’re destined to succeed if you just don’t give up.

You just can’t beat the person who never gives up. – Babe Ruth

The goal is not to design a perfect life plan and stick to it blindly no matter what, the goal is to have a direction and adapt to changing circumstances.

Decide where you’ll be in five years and get there in two.

Entrepreneur and venture capitalist known as a co-founder of PayPal and one of the first investors in Facebook, Peter Thiel is often quoted for his controversial startup question, “How can you achieve your 10-year plan in the next six months?”

There is always a faster way than you originally conceive.

Asking yourself thought provoking questions may make you feel uncomfortable but that’s the point. Actually, goal-setting can slow your progress and diminish your potential if you rely too much on it.

Tim Ferriss, for example, doesn’t have five or ten-year goals.

Instead, he treats his life as six-month projects and two-week experiments of various types. If they do extremely well, the possible doors that could open are endless. Ferriss rather plays to the best possibilities than gets stuck on one track.

He claims this approach allows him to go drastically farther than he could ever plan for.

Another famous example of visualization is the story of Jim Carrey.

At 19, Carrey headed to Hollywood, but like many young actors trying to make it in Tinseltown, he found that success was elusive.

In 1985, a broke and depressed Carrey drove his old beat-up Toyota up the Hollywood hills. There, sitting overlooking Los Angeles, he daydreamed of success. To make himself feel better, Carrey wrote himself a check for $10 million for “acting services rendered,” post-dated it 10 years and kept it in his wallet.

The check remained there until it deteriorated but Carrey eventually made it: he earned millions for movies like “Dumb and Dumber” and “Ace Ventura.”

I’ll leave you with this powerful thought by Buddha, “All that we are is the result of what we have thought.”

Eventually, you get what you seek.