Habits and Routines of Author and Investor Richard Meadows 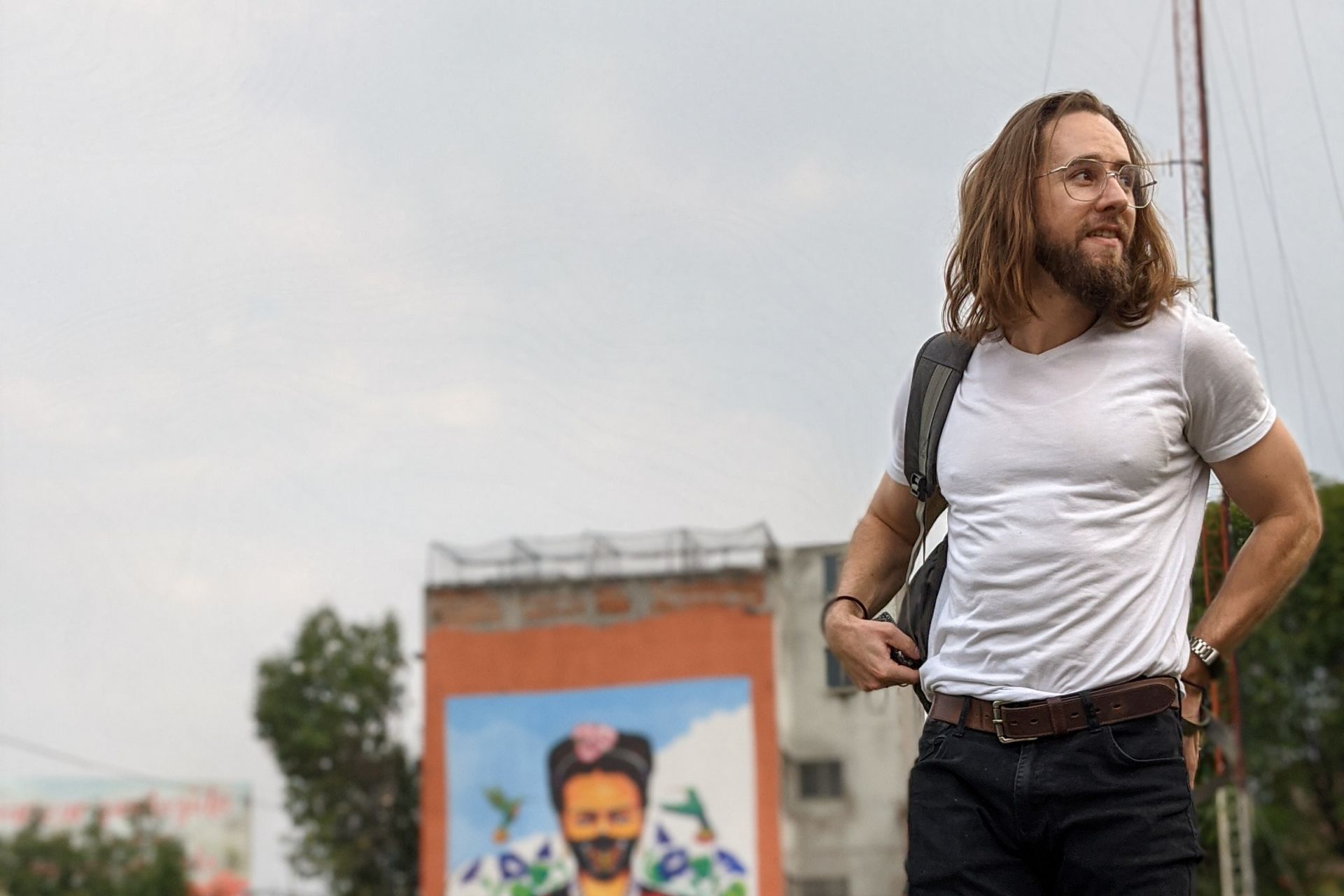 Earlier this year my friend Yuri recommended I read the Deep Dish blog. I read a lot of his work and was surprised by his writing style, honesty, and rationality.

I got an advanced copy of his new book and I can assure you it is full of contrarian ideas and valuable research to help you design a more robust and enjoyable lifestyle. This world is getting weirder as we speak, and Optionality offers some great ideas to help you adapt. It's is one of my best reads this year.

Here’s my interview with Richard Meadows sharing his most influential habit in life, hard-learned investing lessons, and one question that makes navigating through life easier.

Who Is Richard Meadows?

After quitting his full-time job at age 25, Richard reached financial independence while traveling and living across three different continents, which he wrote about in his recently-launched book, Optionality: How to Survive and Thrive in a Volatile World.

Resistance training has been my north star for the last decade. This is the single keystone habit that brings everything else into alignment for me—my mental health, my sense of self-discipline, my diet, sleep, and general quality of life.

Whenever I miss workouts for longer than a week or so, something feels off.

Of all the habits I’ve tried to instil, this is the one that has stuck with me the longest, has the highest return on investment, and is so deeply ingrained that it no longer requires any willpower on my part.

How Do You Manage Time?

I hate the feeling of having a bunch of loose ends floating around in my head, so I use a modified version of David Allen’s ‘Getting Things Done’ to pin them to the page.

I have a bad memory, so this has made a big difference to my productivity and being able to relax. I also just find it weirdly satisfying to have a kind of project management system for my whole life, rather than leaving everything up to chance.

What's Your Work Process and Thinking Behind It?

Taking a leaf from Cal Newport’s book, I try to do my uninterrupted ‘deep work’ in the mornings.

That means no email, no social media, no meetings, or any other distractions. It takes me a while to spin up and load everything I need to think about into my cache—usually I don’t start producing anything useful until about 45 minutes in, so shorter blocks of time don’t really work.

I use an app called Freedom to ban myself from distracting websites, which has saved my ass on countless occasions.

The afternoons and evenings are more relaxed. I like to do creative, idea-generation work which often benefits from being a little scatter-brained, transcribe my notes, do admin and chores, and so on.

I started out dabbling in amateur strength sports (powerlifting and strongman), then got into calisthenics when I went traveling. I ended up really enjoying it, and haven’t switched back to lifting.

I’m not as strong or muscular as I used to be, but I’m much more flexible, have developed a better sense of proprioception and mastery over my body, and generally just feel less beat up.

I’m not sure I do anything that would qualify as ‘training’ for the mind, although I do try to write every day, which I suppose is the equivalent of deliberate practice in my field. I’m also a big believer in doing some kind of introspective practice for self-growth, whether it be journaling, meditation, psychedelics, or therapy.

Historically I haven’t put much effort into this, so I’m trying to make up for lost time.

I’m more active and intentional on Twitter lately (let’s be friends), and am generally taking out every cheap option for attracting like-minded people into my life.

Fortunately, one of the happy side effects of blogging is that it acts as a lightning rod for serendipity, and I’ve ended up meeting several of my closest friends and confidants as a consequence of writing in public.

My next challenge will be building a community offline. I’ve been living the nomadic life since 2016, which is a great way to meet people—everyone is looking to make friends, there are no cliques—but difficult to sustain long term. Once I settle down, I’m planning on doing some community-building, which will involve attending meetups, finding niche interest groups, going on coffee dates, and perhaps starting some kind of get-together to throw me into the mix with like-minded people.

I used to be paranoid about getting enough quality sleep, but now it seems like there’s a certain level of fearmongering going on, and some scientific shenanigans.

I’m still doing all the basic stuff like avoiding screens before bed, using blackout curtains or a face mask, and trying to maintain a schedule, but I don’t beat myself up about not getting eight hours.

Like many people, I started out buying individual stocks that I thought would perform well. I lost $10,000 pretty early on, which was a great lesson. That was a catalyst for finally converting to the passive investing ‘buy-and-hold forever’ school, which I still practice to this day.

However, I’ve also set aside some of my portfolio to dabble with some slightly more advanced strategies in the hunt for asymmetric returns—highly speculative bets which would either make me a whole lot of money, or go to zero. At this point in time, that side of my portfolio has generated something like a 300x return.

The most important investing habits is to automate things as much as possible—both in terms of drip-feeding money into the market as an enforced savings plan, and in preventing yourself from getting weak hands and doing something stupid.

The idea is to commit to a strategy ahead of time, and then make it hard for your future self to deviate from in the heat of the moment.

If you’re doing any more fancy than basic index investing, the other crucial habit is to calculate and track your annual return (I use the Bogleheads spreadsheet), and compare it against appropriate benchmarks. If you don’t do this, you’re guaranteed to start selectively remembering your wins, and discounting your losses. It is incredibly tempting to think that you’re a market-beating genius, but sadly, this is highly unlikely to be true.

What's One Question That Helped You Understand the World Better?

This is a recurring line in the first and last Harry Potter fanfiction I will ever read (seriously, it’s great), written by an AI researcher who founded a community of ‘rationalists’ aspiring to make better decisions and model the world more accurately.

I ask myself this question all the time: when I’m reading the news, listening to someone else speak, thinking about the social consensus on a given topic, or during my own self-criticism and introspection. The idea is to try to catch myself in motivated reasoning, to go back to first principles when necessary, and make sure my map of the world is as clear as possible.

It’s necessarily imperfect, but I quite like living in a slightly ambiguous and uncertain world. It’s very liberating not to feel compelled to have an opinion on everything.